Explore the Islands in Sri Lanka

Geological history has shown us that there was indeed a bridge that connected India and Sri Lanka with a natural causeway, but in the 15th century, a storm rendered it breached and left behind a archipelago of mini islands in Sri Lanka. Indeed, Sri Lanka is still is part of the Indian [Tetonic] Plate. The plate was previously part of a fragment of the supercontinent Godwana during the Cretaceous period before it broke off approximately million years ago.  Nevertheless, this has allowed Sri Lanka to offer various places of interest and adventure with wildlife attractions and more, especially if you are looking to explore the island of Sri Lanka.

There are more sixty-two offshore islands and islets in the northern, north-western and eastern areas of Sri Lanka, with many undocumented inland islands that have been.

Adam’s Bridge Marine National Park, is a coastal chain of sholes that once used to connect Sri Lanka to India, and are now brimming with diverse ecosystems that make exploration quite the adventure. Within Adam’s Bridge, on the Sri Lankan side, there are a few islands (six major islands) that form the chain of islands which end with its connection to Mannar Island. One such island is Bird Island that can be visited with special permission from the Sri Lanka Navy Forces that also facilitates boat rides to visit and explore these islands of Sri Lanka found within the Adam’s Bridge Marine National Park. There are many sights and sounds to be found when you explore the islands of Sri Lanka, with migrant birds and more flora and fauna that makes this biodiversity come alive.

Delft Island is unique especially due to its geology; made up completely on coral and limestone. With the unique history of Sri Lanka, Delft Island holds both natural, architectural and historical value stemming from the Chola, Portuguese, Dutch and British rule. 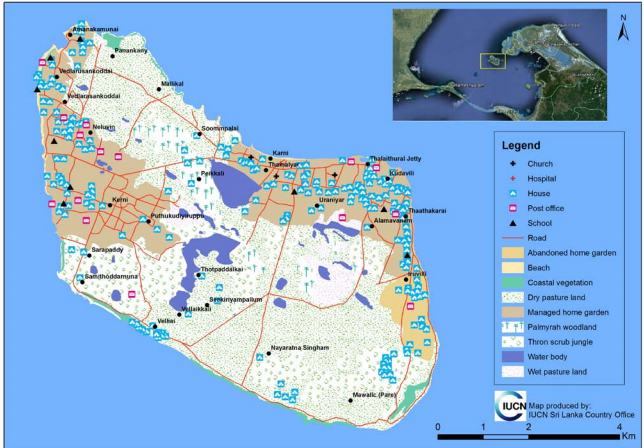 Pigeon Island is one of the marine national parks in Sri Lanka, and made out of two islands that is situated one kilometre offshore from Nilaveli, an eastern town of Sri Lanka.  There is much flora and fauna to attract tourists and locals to the area, the coral reef fauna being the most popular attraction when you set out to explore one of the marine national park islands of Sri Lanka.